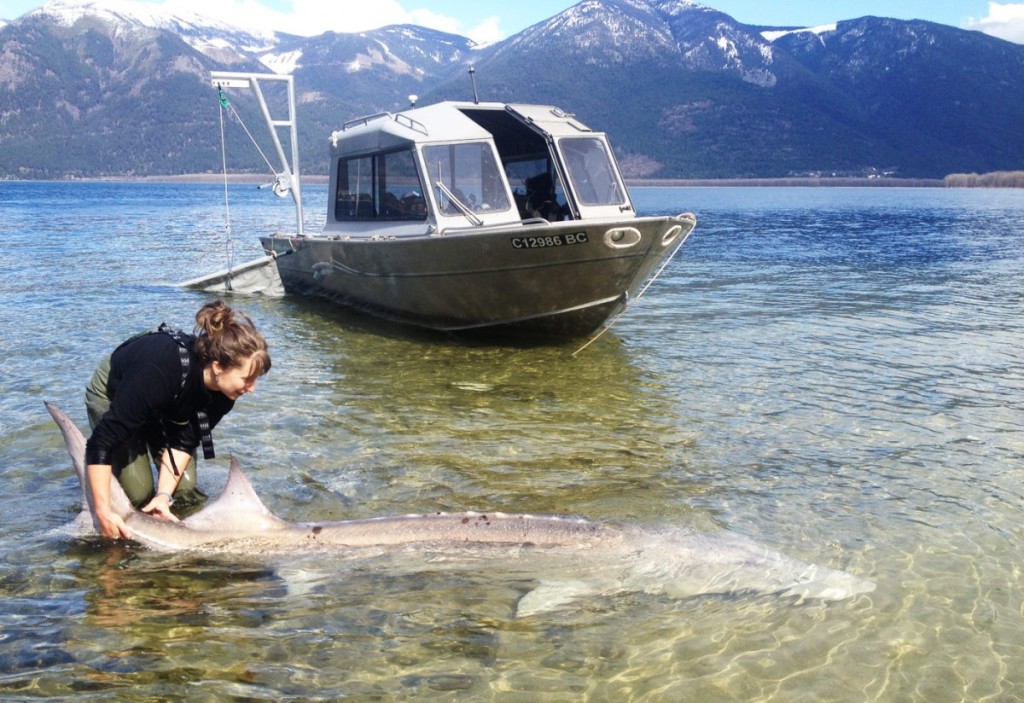 “Big fish do weird things to people. And by big fish I mean really big fish. They affect some part of our limbic brain and account for the bordering on manic popularity of Shark Week, River Monsters and Jaws(not so sure about this one, how about how people google giant catfish wrangling (magazines or movies?). This prehistoric connection overrides rational thought and amps up our cortisol levels

I’ve never given a second thought to swimming in Kootenay Lake (unless it’s February) but when Nelson-based fish biologist Sarah Stephenson showed me a photo of the dinosaur she hauled up from the depths last April near Creston, I froze: ‘That monster lives in the lake?’ She told me not to worry, as it was harmless to humans. But this fish was important – in fact, it could impact the future of its species.”

So begins my article for the Summer 2015 issue of Kootenay Mountain Culture magazine about the struggles of a unique fish species. To read the story in its entirety and see a map of where “Big Bertha” travelled last year, check out the Mountain Culture Group website.